Late November 2013, Serving Humanity launched a new initiative where we collected coats that were gently used or brand new. The idea that propelled our coat drive was if you have one coat that you are not using; donate it for someone who will find difficulty in staying warm this winter. 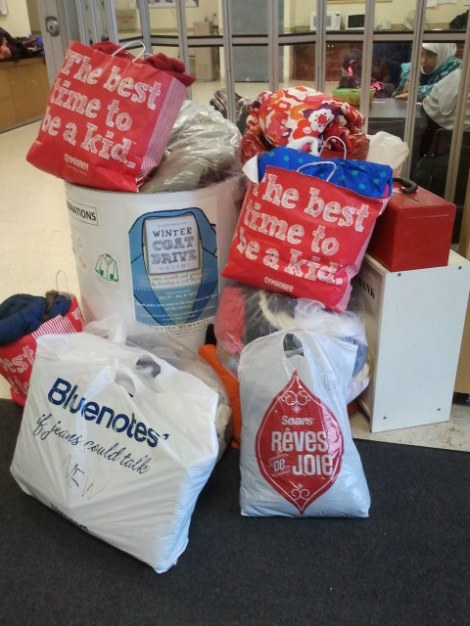 We worked with Mercy Mission, who started collecting used clothes for da’wah. Since our coat drive was a brand new initiative, we were not sure of the response we would receive.

The project included people of all ages and coats of many sizes. Alhamdullilah, the response was amazing to our winter coat drive – donations poured into our institute.

We asked one of the people who donated their coat that why exactly did they decide to this act of kindness. They replied that it was simply to help the less unfortunate to beat this harsh cold winter. As the Globe and Mail reports, “The December ice storm that left hundreds of thousands of Toronto residents without power cost the city approximately $106-million, according to a report from city staff.”

We collected a total of 330 coats in new and used condition. A total of 150lbs of clothing was collected for da’wah. 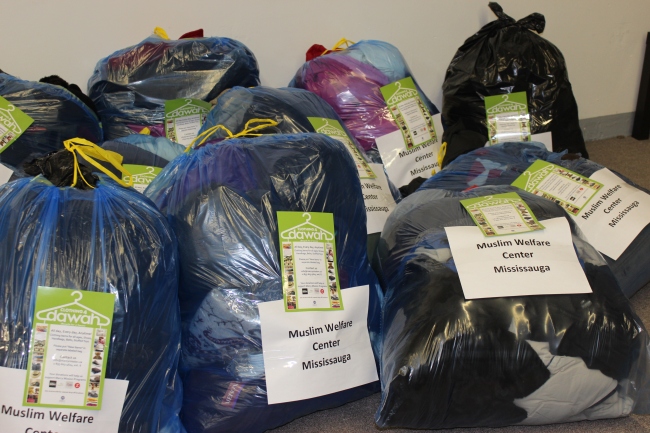 Due to the enormous success of our winter coat drive, we plan to continue this project in the future, insha’Allah.