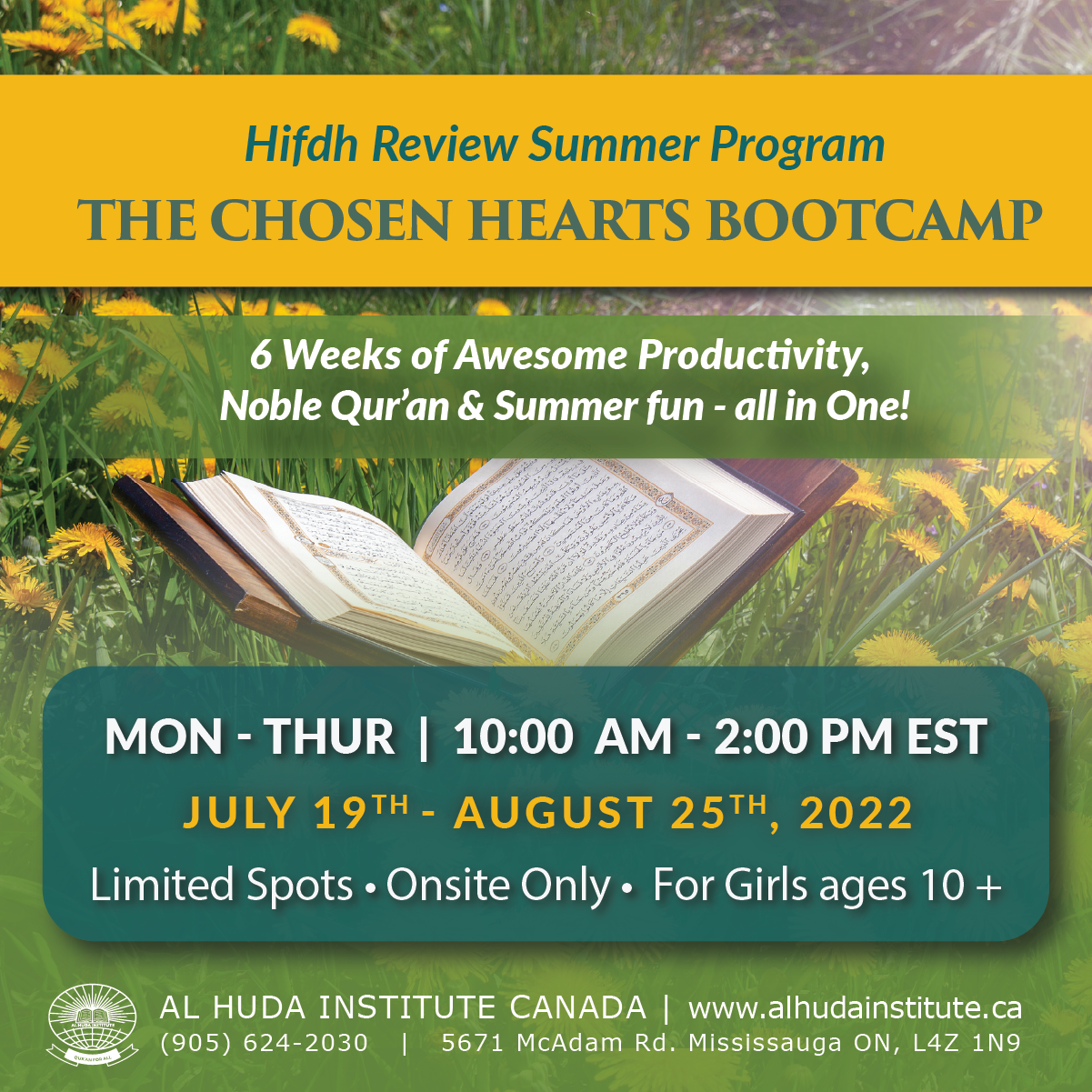 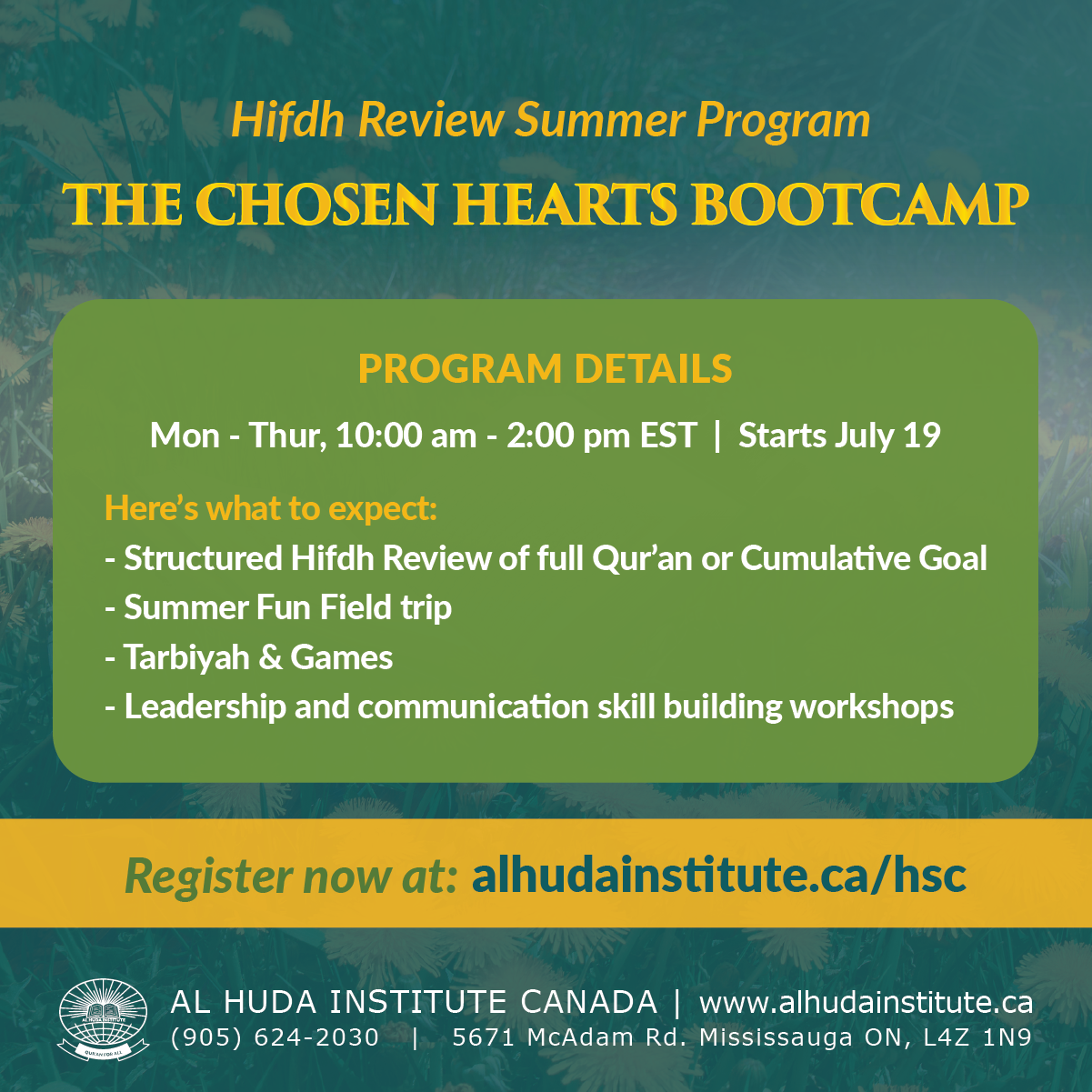 Narrated Ibn Umar: Allah’s Messenger ﷺ  said, “The example of the person who knows the Qur’an by heart is like the owner of tied camels. If he keeps them tied, he will control them, but if he releases them, they will run away.” [Bukhari: 549]

Narrated Abu Musa: Allah’s Messenger ﷺ said, “Keep on reciting the Qur’an, for, by Him in Whose Hand my life is, Quran runs away (is forgotten) faster than camels that are released from their tying ropes.” [Bukhari: 552]

We understand that even the chosen hearts need effort and dedication to preserve the noble Kalaam of Allah subhanahu wa ta’ala. This Summer bootcamp is knit to provide a structured review program while having fun components as part of the week!

6 Weeks of Awesome Productivity! Noble Qur’an & Summer fun-all in One!

A student with strong commitment and learning discipline will be able to completely revise and recite the entire Qur’an from memory to a teacher.