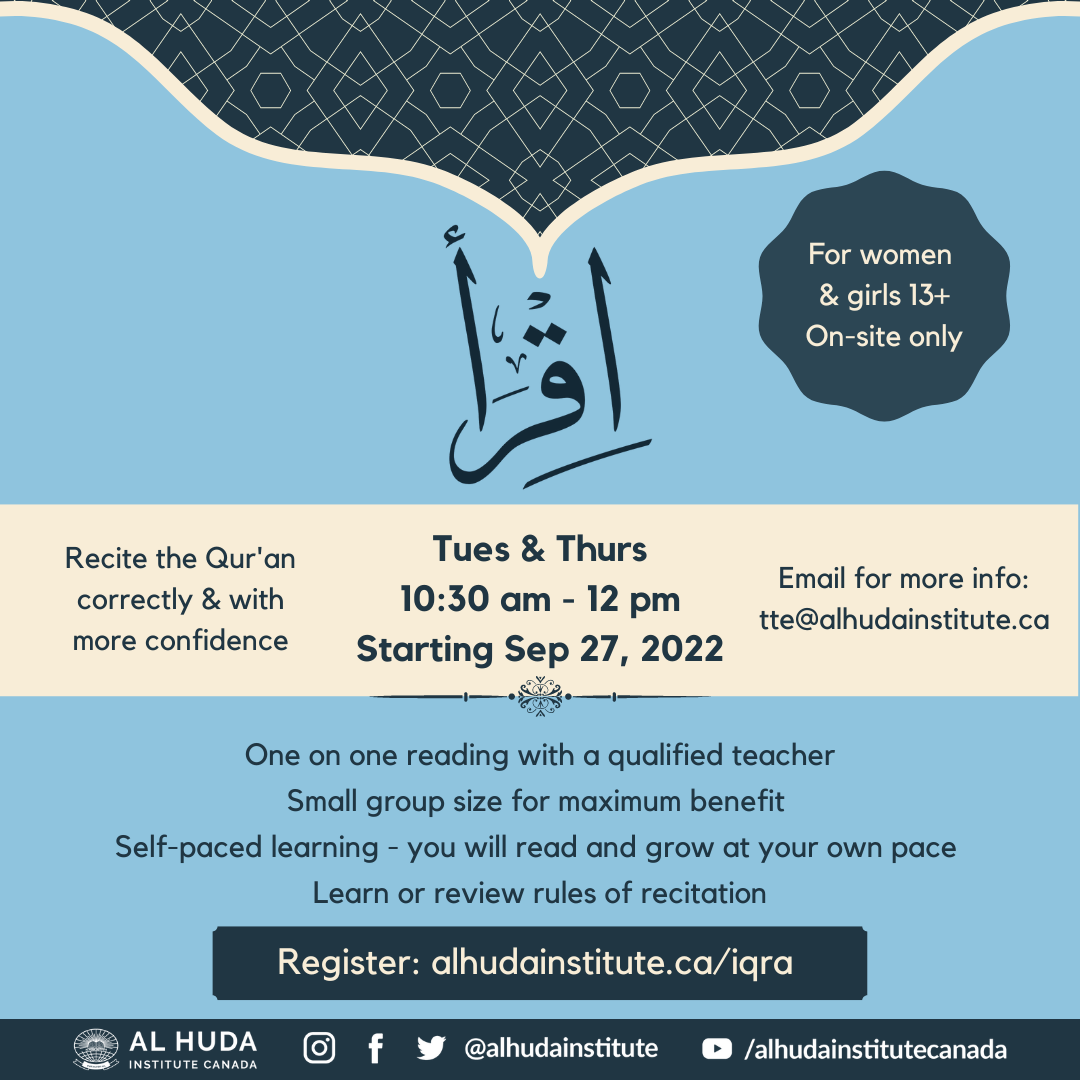 Learn to recite the Quran correctly and with confidence.

Here’s what to expect:

Details as below:
Register Now

Prophet Muhammad (SAW) said: “Whoever reads a letter from the Book of Allah will receive a hasanah (good deed) from it, and the hasanah is multiplied by ten. I do not say that Alif-Laam-Meem is (considered as) a letter, rather Alif is a letter, Laam is a letter, and Meem is a letter.”  [At-Tirmidhi]

The Qur’an recitation program you were looking for!