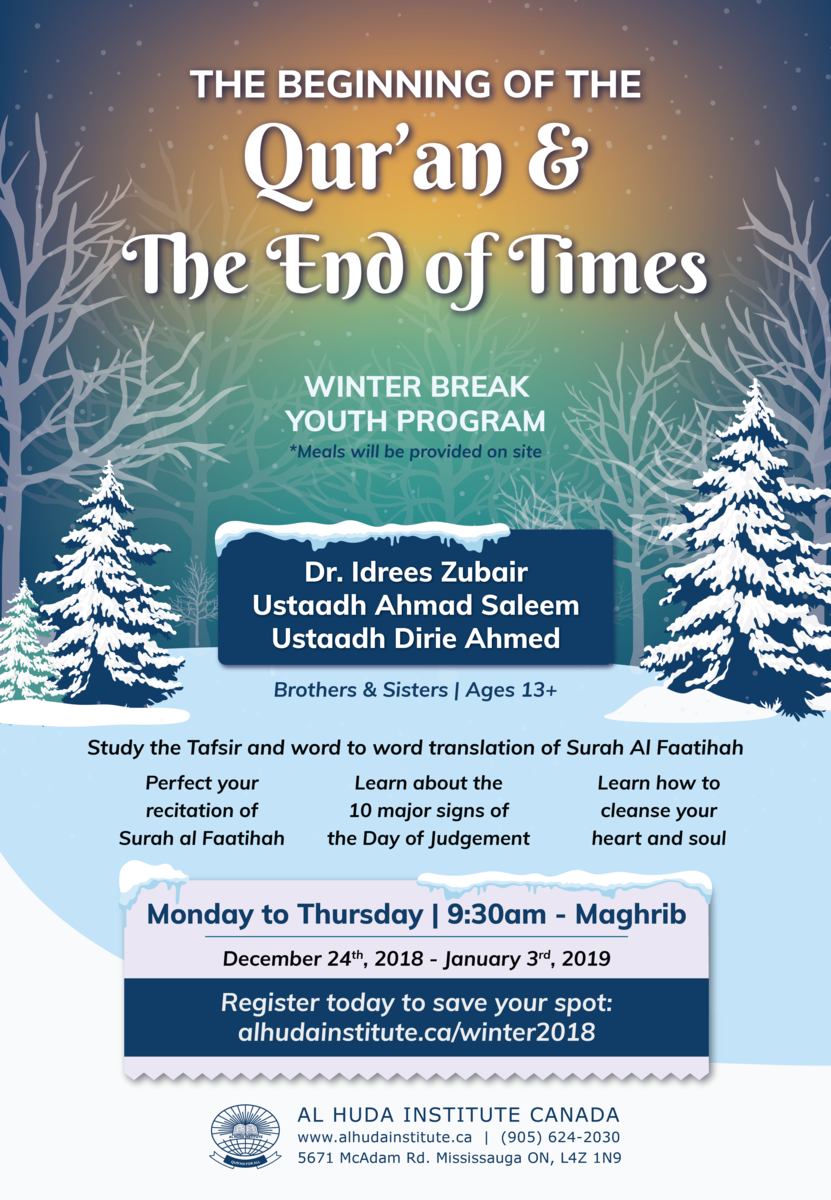 for Brothers and Sisters 13+ yrs

Dr. Idrees Zubair is currently the Director of Al Huda International Welfare Foundation. In 1983, he began his career as a lecturer at the International Islamic University, Islamabad in the Department of Usool-ud-Deen. In 1985, Dr. Zubair went to the University of Glasgow, Scotland to pursue a Ph.D in Hadith Sciences with his wife Dr. Farhat Hashmi. He has previously held the position of Associate Professor in the Islamic Research Institute and also served as the Chairman of the Hadith Department at Allama Iqbal Open University.

Dr. Zubair and his wife Dr. Farhat Hashmi established Al Huda in 1994 with the aim of educating Muslims about the meanings of the Qur’an. Over the last two decades, Al Huda has expanded across many countries around the world with students numbering in the thousands.

Dr. Zubair has lectured in different parts of the world and has taught diverse courses in Islamic Sciences.

Imam Ahmad Saleem specializes in Tafseer and Seerah. He has dedicated more than 7 years studying with Shaykh Diya Al-Faidy, Vice Rector of Nooriya Islamic University, completing more than 20 classical texts in various sciences. In addition, he has completed the Tafseer of the Quran and its word-to-word translation under the tutelage of Dr. Farhat Hashmi. He later completed various texts under the guidance of over 20 scholars during his time in the Middle East. With an acute ability to explain difficult Islamic concepts to the average Muslim, he is a frequently sought-out speaker. In addition to public speaking, he is a certified coach and executive trainer.

Watch the video ‘About the program’