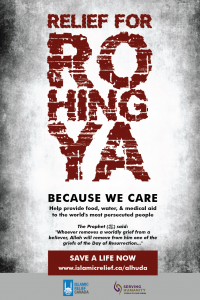 SAVE A LIFE NOW 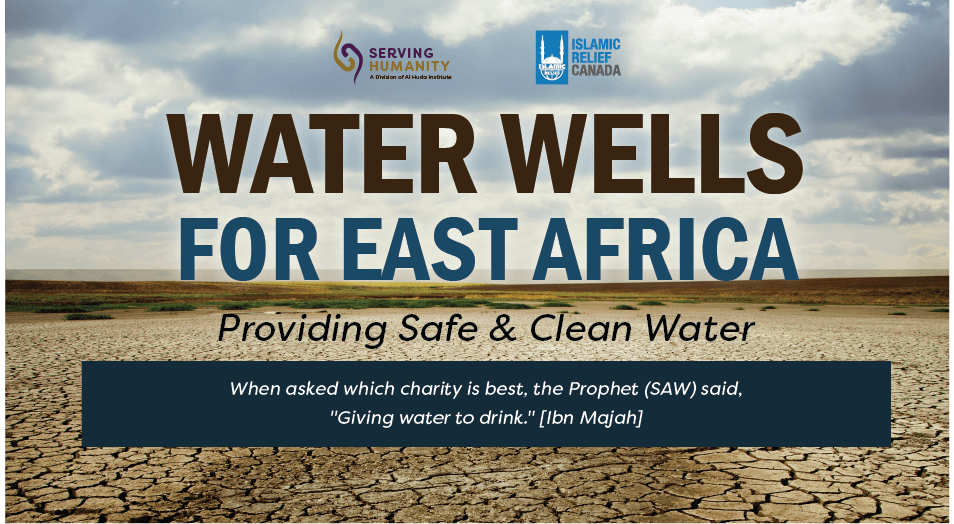 How else can we make a difference?

“Water Wells for East Africa” is Al Huda Institute’s effort towards providing a sustainable long-term solution for people affected by the famine in East Africa. This project, a collaboration with Islamic Relief Canada, aims to raise $12,000 for the rehabilitation of two boreholes in Kenya Insha’Allah. Our vision is to be able to provide access to clean water to people of Garissa county and Mandera county who currently have to travel for hours daily in order to get water.
It was narrated that Sa’d bin ’Ubadah said: “I said: ‘O Messenger of Allah, what charity is best?’ He said: ‘Giving water to drink.” (Sunan Ibn Majah)
Donate Now

Thanks to the generosity of our donors, we surpassed our goal for the East Africa Famine 2017 Project by 2.5 times and raised $27,000.

Jazakum Allahu Khairan to everyone for contributing!

Help bring a Syrian family home to Toronto by contributing to the Lifeline Syria Challenge!

Help bring a Syrian family home to Toronto by contributing to the Lifeline Syria Challenge!

We are Partnering with HCI to Sponsor 50 Orphans

Take a look at the video to understand the great need of the orphans today. There are approximately 153 million orphans that need our help!